Tuesday evening saw Cliffe FC U21s begin their preparations for the season ahead, with a encouraging win over Howden.
Kieran Dinsdale opened the scoring in the early exchanges, breaking to him at the far post and finishing right footed for 1-0. An own-goal before half-time extended Cliffe’s lead for 2-0 and a nice Fraser Davis lob saw the scoring completed at 3-0 full-time. 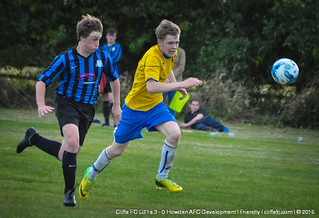 Wednesday night saw Cliffe FC host Selby Olympia. It was the away side that took the lead when a direct free-kick was converted the ball ending up in the top corner, 0-1. A Phil Newstead cross was headed in by Andy Addison for 1-1 before another Newstead cross was then headed in by Ben Olsson for 2-1 at the half-time break. A lapse in concentration and performance level saw Olympia equalised midway through the second-half and whilst Cliffe threatened to grab their third, the game ended 2-2.

Keith Tiplady’s side are back in action this Saturday away to Premier Division new boys, Brooklyn. David Hebson’s Reserves side host Crayke at Oxen Lane – both 2pm KOs. 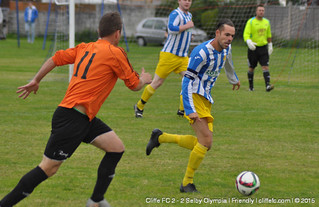