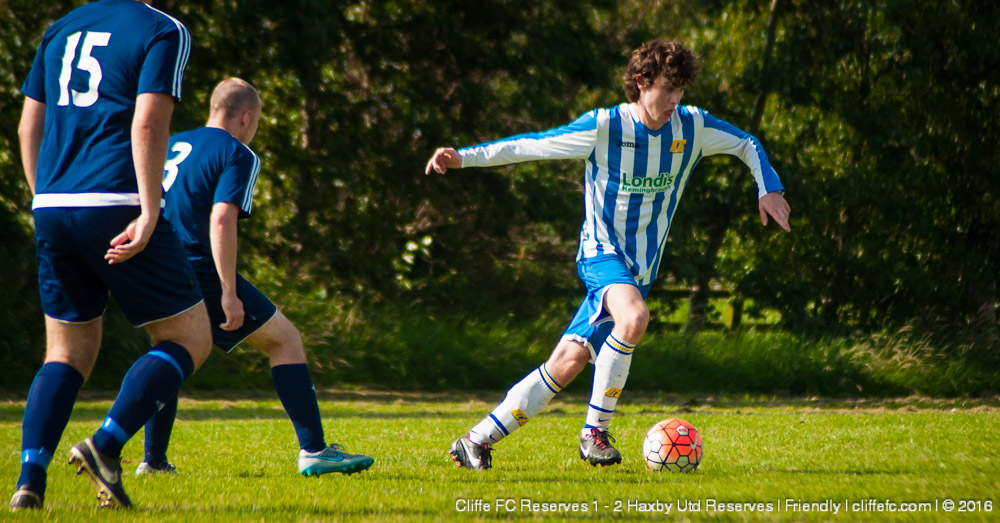 Cliffe FC continued their pre-season preparations over the past weekend. A full set of fixtures all taking place at Oxen Lane, Cliffe.

Saturday saw the 1pm kick-off played out between Cliffe FC first team and Civil Service. The young Cliffe started the the better of the two sides, but Civil took the lead via a penalty initially saved, but scored the rebound. Civil had a 3-0 lead at the break, sloppy goals to concede from Cliffe’s point-of-view. Civil scored again, but a much improved second half for Cliffe saw a superb football move started by Kev Taylor, and eventually converted by the diving header of Isaac Leach. Sean Gallagher claimed the second via a deflection to make it 2-4. Cliffe should have narrowed the deficit further but Dan Collins saw his spot-kick saved, 2-4 FT.

Farnley Sports from the Yorkshire Amateur League are Cliffe FC’s opponents next Saturday, positives to work with but more improvements are required. 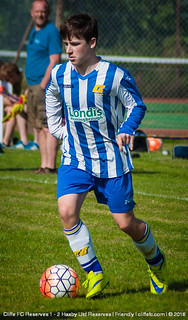 A last minute goal in the 3pm KO sinks Cliffe FC Reserves to a 2-1 defeat, but the young Cliffe side have a lot to be happy about against an organised higher-tier opponent. Haxby had the lead in the first half, but Cliffe responded with the youngest of the Gallagher clan, Kieran, scored just like last week to make it 1-1. When the result looked destined for a 1-1 draw, Haxby broke through one-on-one to slot the ball into the bottom corner for 1-2. 1-2 FT.

The youngsters in the Cliffe squads look a promising prospect, and with the right experience to bring them on, it could be an exciting season for the Oxen Lane club. 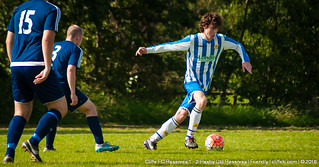 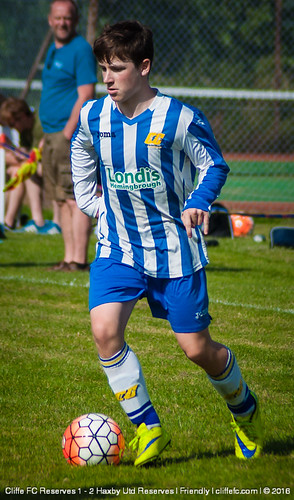 Marcia Bishopthorpe score with the last kick of the game to earn a draw. Cliffe lead 2-0 in the first half, Tom Hogg powering a goal and Kieran Dinsdale with a back post finish for the goals. A special Marcia goal made it 2-1 at the break, the ball hitting the top corner with a sweet strike. Cliffe extended their lead when Hogg broke clear and eventually tee’d the ball up for A Trialist to score, 3-1. Marcia grabbed a goal back for 3-2, and Cliffe did have a few chances to put the game to bed, and inevitably Cliffe were made to pay when Marcia equalised with seconds remaining 3-3 the final score.

Cliffe FC Sundays are in friendly action again next weekend.

Saturday 30th July 2016
Cliffe FC XI 1-4 Malt Shovel
20-man Cliffe squad suffer a 4-1 defeat to Malt Shovel, Kieran Gallagher the goal scorer.
Shovel had a 3-0 lead before the break, two set pieces and a penalty giving them the lead.
Cliffe improved second half after a different XI started the remaining 45 mins, Kieran Gallagher scored to make it 1-3, but former-Cliffe man Chris Harkin completed scoring with a lob at the end of the match to make it 1-4 FT.