Competitive fixtures began for the Oxen Lane club this past Sunday, as Wigginton hand out a heavy defeat to Cliffe FC Sunday team in their league cup tie – a humbling welcome to the top flight by last year’s top division winners. Saturday saw friendlies continue for First and Reserves.
Hugo Delgado writes…

The scoreline may have read double figures in the end for Wigginton, but half-time read 3-1 and if not for superior fitness Cliffe did show a good account for themselves against last season’s top division champions. Wiggy got themselves into a 2-0 lead, but it became evident who would be man-of-the-match on the day, as Ally Harris pulled of a string of superb saves in the Cliffe goal to deny Grasshoppers. Tom Ellwood got Cliffe back into it with a solo effort from the edge of the box for 2-1, but Wiggy got another before the break to stave off a Cliffe comeback – a deflected free-kick – 3-1 at HT. 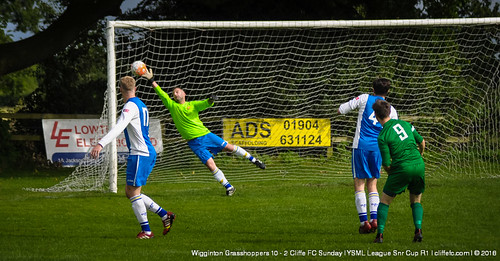 Wiggy began the scoring early in the second half, 4-1, but a Tom Collins free-kick kept Cliffe in touch at 4-2. The game then was end-to-end for a period as the next goal was crucial, sadly for Cliffe it went the way of Wiggy as they forced themselves upon the game and took control and raced ahead as a combination of tired legs and formation changes saw the home side eventually romp home with six goals in the last 20 minutes to eventually win 10-2, FT – Wigginton progress to next round.

Lessons learned by Jackson Lucitt’s men – he said after the game;

“The score line didn’t reflect the performance today. Still very much in the game at 3-2 and even 4-2. 2 quick goals killed us. Fitness and heads dropped on the hour mark! A lot of lessons to be learned for the league start next week! Congrats Wiggy!”

Next Sunday, it’s Brayton FC at home in the other YSML League Cup, 1st Round.

Both Cliffe FC Saturday teams were in friendly action on Saturday. Malcolm Bryce’s first team went lost 3-1 at Selby Olympia, where the lack of recognised goalkeeper was telling as two errors gifted Olympia crucial goals – that aside the newly crafted younger Cliffe squad have shown signs of their quality and the only thing missing is the result – which with patience should follow as the season starts on 17th September, away to Hemingbrough United, where Cliffe will face a set of familiar faces. Cliffe’s goal was the best of the goals on the day, Tom Grundy’s inch perfect cross was met by the acrobatic volley of Dan Collins who hit his shot into the top corner. 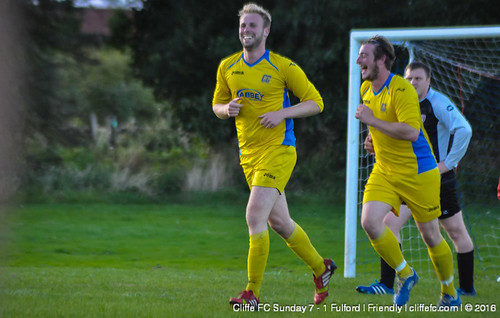 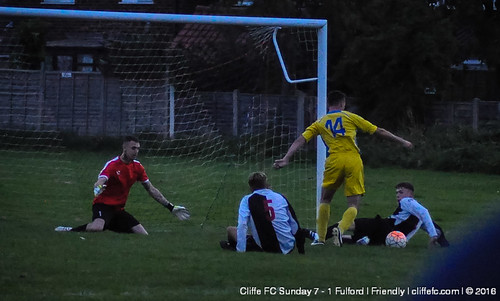